Durban – Following confirmation that Proteas all-rounder Andile Phehlukwayo has been ruled out of the Betway T20 Challenge through injury, the table-topping Hollywoodbets Dolphins will rely on their significant squad depth for the remainder of the competition.

The Dolphins have replaced Phehlukwayo, who hurt his back during the Hollywoodbets Dolphins’ fixture against the Six Gun Grill Cape Cobras, with young Maritzburg College all-rounder Andile Simelane, who was also part of the squad during their Momentum One Day Cup campaign.

Coach Imraan Khan believes that despite losing an important player like Phehlukwayo there is more than enough depth in the squad.

“I think we have a really good, strong squad of players to choose from,” Khan said. “The competition in the squad is really good and everyone wants to play and that is how it should be.

“It’s good that we have got the options and it’s really just about getting the guys in a good space and getting them to execute when they are in the eleven for game day.”

There was also a question mark over speedster Daryn Dupavillon’s fitness; however he will remain with the squad and be monitored regularly.

“After he went for a scan on his ankle it is all clear but he’s not 100% confident at the moment so he will be checked on a daily basis and we’ll make those decisions closer to game time.”

With the competition taking place over such a confined period, the pitches being used have been an important talking point, however for Khan he thinks the conditions have played as expected throughout the tournament so far.

“The conditions have been stock-standard for Kingsmead and if you looked at the par scores coming into the competition they have been around the 150 mark.

“That is how things have panned out so far but I think going deeper into the competition we might get onto some slightly better wickets with the expectation that we’ll play on the international pitches.

“Those strips are generally very good for white ball cricket so we are expecting there to be some bigger totals,” Khan added.

The Dolphins will come up against the Imperial Lions and the Momentum Multiply Titans in their final two group games. The two Gauteng sides have arguably the strongest line-ups but the Dolphins won’t change their approach going into those two matches.

“Those teams are good but we are a good side as well so we aren’t going to approach the matches any differently.

“We have always tried to put all the focus on ourselves and our processes and if we play good cricket I don’t think the opposition really matters.”

Wednesday at Hollywoodbets Kingsmead Stadium sees the only two undefeated sides in the competition in action when the Dolphins face the Lions. The match starts at 14:30. 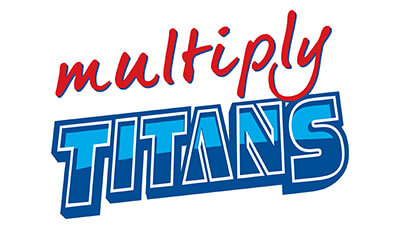 All relevant information regarding COVID-19 can be found on sacoronavirus.co.za